Hail to the Redskins, Hail Victory 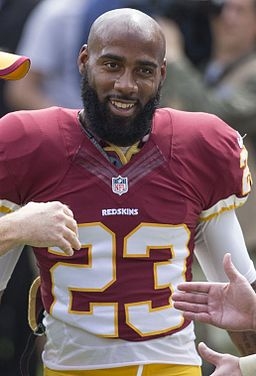 I’ve lived half of my adult life in New York (and a few other cities) but my allegiance to my hometown team, the Washington Redskins, runs deep. And as any die-hard hometown fan can tell you, we Redskin fans have suffered! Not quite like the plight of many other world-wide catastrophe’s but we’ve wringed our hands, yelled at the field, and sweated bullets for the win. This was certainly evidenced this past Sunday in the game against my adopted hometown team, the New York Giants.

Here’s my take on what my beloved Redskins are doing to insure building a winning culture so, like their fight song says, they may “hail victory.”   Whereas both teams’ efforts were riddled with errors, disappointments, turnovers and even a feud, there are takeaways that can be applied to building a unified team.

1.       Values need to be ingrained in everything that the team embarks together on

Coach Gruden, labeled a “player’s coach,” recognizes that not everyone is going to be happy all of the time yet he’s created a 2016 culture for the Redskins whereby players feel free to game plan as well as feel free to show dissatisfaction if they disagree. He’s taking a risk and he’s availing his players the opportunity to take a risk. The ‘Skins have a lot of coalescing still to improve on as a team but it’s being instilled that the culture is one of risk taking.

2.       Creating an environment which all members trust each other

There are a bevy of young aggressive difference makers in this years’ ‘Skins team. Defensive end Ricky Jean Francois said, “I almost had to take heart medicine,” as he witnessed the pass from Tress Way to Quinton Dunbars on a fake punt. The resilience for the win can perhaps be credited to the leadership of DeAngelo Hall who called a players-only meeting Saturday night. He rallied his teammates with a rousing battle cry and told them “we’re not leaving New York without a victory.” And he continued to echo the cheer from the sidelines even while sustaining a badly injured knee.

3.       Constantly raise the bar and go against the norm in recruiting and retaining top talent

It’s almost like an episode or two straight out of HBO’s Baller’s as we watch the management and the coaching staff of the Redskins improve the depth of the team. Despite mounting injuries, it seems the work that management and coaches have applied paid off. Versatility seemed the theme of the day as players shifted from strength to strength in mixing it up. Seems the transition from one position was made seamlessly by several of the players. We saw this on both defense as well as offense with movements by Long from left guard to center, Ty Nsekhe coming off the bench to play center and Will Blackmon joking that he had become the “Swiss Army knife of the team.”

4.       Focus on results and on accountability

Far from perfect, my beloved Redskins are, but leave it to Ricky Jean Francois to say, “We did the biggest thing—which was to stay together. It can only get better from here.”

I’m sure the pundits have lots to diss the ‘Skins on in what was certainly a scrappy effort but as the song goes, “Hail to the Redskins, hail victory!”